Do you keep a diary?  Do you record your anger and anxieties, or keep notes reminding you

of people, events, times to remember? In her article for the New York Times – Burning the Diaries  – Dominique Browning describes her cathartic experience – secure that her children will not discover her secrets.   In this year’s Man Booker Award winning The Sense of An Ending, Julian Barnes has his character, Victoria, burn a diary left by Adrian, who has committed suicide.  But a letter written by the main character survives to haunt him. 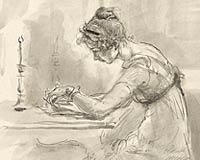 Although Jane Austen wrote over 3,000 letters, only 160 survive; her sister destroyed or edited most.  Lewis Carroll’s diaries from 1858 – 1862 mysteriously disappeared – effectively hiding his inspiration or notes for Alice’s Adventures in Wonderland, written in 1862.

The second best advice a friend passed on to me – keep a journal, assigning emotions to paper as the vehicle for cleansing – sometimes better to quietly write it than say it.

The best advice:  destroy the pages so that no one could read them, and take offense at mutterings that were meant to be private.  Browning notes in her article that rereading her diaries only brought back miseries better either forgotten or retooled as Tony Webster tries in the Julian Barnes novel. 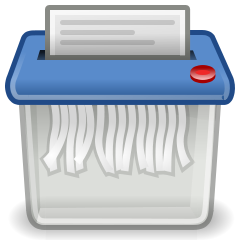 The shredder is just as effective as burning – and without the cleanup Browning dreads.

Related Review: The Sense of An Ending

4 thoughts on “Burning the Evidence”