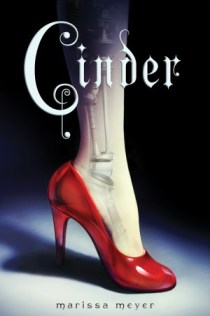 The Cinderella story has many versions, but none like Marissa Meyer’s new young adult sci-fi character in “Cinder.” This Cinderella is a mechanic who can repair anything, and she is “36.28 percent not human”- instead of a slipper, she loses a foot at the ball.

In Meyer’s futuristic world, victims of mutilating accidents can be saved by substituting computerized limbs and nervous systems for destroyed human parts, changing people into cyborgs. Unfortunately, the world of the future has not evolved enough to avoid deadly viruses, and cyborg Cinder’s cruel stepmother delivers Cinder to the authorities for the clinical trials to find an antidote when one of her stepsisters falls to the epidemic. But Cinder has a mysterious natural immunity that may save the Emperor and the nation from the disease as well as from the insidious Lunars (moon people), who plan to wage war for control of Earth.

Combining a love story, including an appealing Prince Charming, along with some Star Wars references, Meyer’s story includes suspense, adventure, romance – and a heroine appreciated for much more than her outward appearance. If you are a fan of “The Hunger Games,” you will enjoy Cinder’s heroism as much as Katniss. And, like Katniss, her story continues into a sequel – with 4 books in the Lunar Chronicle series.

I read through “Cinder” in one sitting, and was only disappointed when I discovered that I have to wait for the next installment.