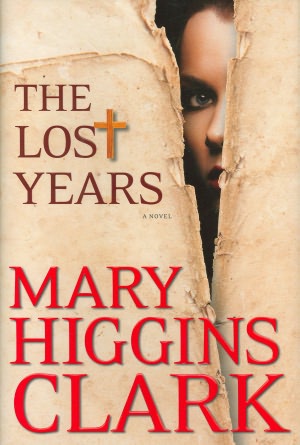 An ancient religious artefact is missing; the archeologist who discovered the priceless parchment is dead. Mary Higgins Clark, the doyen of mystery stories, offers a long list of possible suspects in her new book – The Lost Years.

When Jonathan Lyons is murdered and his wife, suffering from Alzheimer’s is suspected – found with the gun in her hand – her anger over his mistress places her at the top of the list. But wait. The only letter written by Christ to Joseph of Arimathea is missing before Lyons can return it to the Vatican. Did someone else kill Lyons to steal the letter and sell it to the highest bidder? Did his mistress, bereft over his leaving her to go back to nurse his wife, seek revenge for his betrayal? Were his colleagues ready to intervene for their own profit? Will his daughter be able to protect her poor but maybe vengeful mother?

Although the similarity to The DaVinci Code is obvious, with Clark, the red herrings and subplots are mindless. Without the caliber of Dan Brown’s intricate plotting, Clark’s tales are reliable but predictable.

The book is relatively short, with lots of white space; the language is simple; this was a “hot pick” at my library – returnable in 7 days – all strong motivators for a quick read but it wasn’t. After getting mired down in the repetition and minutia, I finally skipped over the pages of Clark’s descriptions of making a turkey sandwich and got it done already. Despite the many red herrings, the murderer was obvious. But I read to the end to confirm.

I have not read a Mary Higgins Clark mystery in a while, but I remember them being more enjoyable. Her fans will probably like The Lost Years; she does stick to her successful formula. But I’ve had better from her.