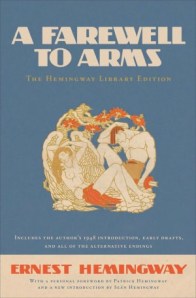 Remembering Ernest Hemingway as “Papa” fishing in the streams was changed for many, including myself, by Paula McLain’s The Paris Wife; Woody Allen secured that image in the movie, “Midnight in Paris.” Today is Hemingway’s birthday.

“… an attempt to redirect some of the attention paid in recent years to Hemingway’s swashbuckling, hard-drinking image.”

You can decide if he “got the words right.”

If you are among the Americans planning to travel to Cuba to connect with the culture – the newest place to tour – this might be a good time to revisit Hemingway’s legacy.