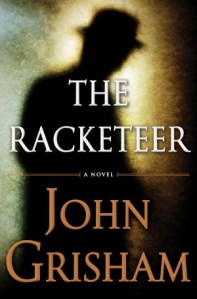 Clever and suspenseful, with surprising twists mimicking Redford and Newman in “The Sting,” John Grisham targets the federal law enforcement system in his latest legal crime thriller – The Racketeer.

After serving five years of a ten-year sentence, Malcolm Bannister, a lawyer convicted for a crime he did not commit, creates a convoluted scheme to be released from prison.  By revealing the identity of the murderer of a federal judge, Bannister trades information to the FBI for a new face, a stash of new funds, and a new life.  But Grisham has not maintained his place on the bestseller list by creating simple stories, and all is not as it seems.  As the action unfolds, you will not be sure who the real criminals are – until the very end when Grisham reveals all.  A fast-paced thriller not requiring much serious thought, The Racketeer is another fun Grisham ride.

4 thoughts on “The Racketeer”