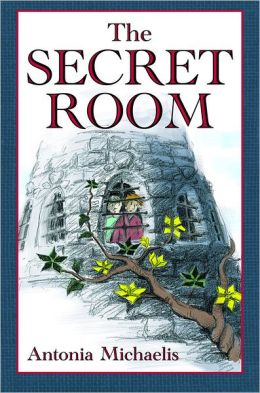 Within the framework of an adventurous fantasy, Antonia Michaelis addresses the heart wrenching sadness of parents losing a child, and the quest of an adopted boy trying to belong, in her book for middle school readers – The Secret Room.

Achim, an eleven year old orphan, is adopted by Paul and Ines whose four-year-old son, Arnim, died seven years earlier.  Achim discovers a secret room in his new home that has kept the dead boy’s spirit a prisoner.  With Achim fighting off an evil powerful monster, the Nameless One, while aided by talking birds, and transforming himself into a brave, fearless fighter who can fly like a bird, the suspense of his quest sustains interest in the adventure.  A young reader might easily attend more to his dramatic feats than to the underlying message that subtly seeps in between the lines.

Michaelis cleverly uses metaphors for the parents’ sadness to frame the images of lives trapped by the horror of an untimely death.  Clearly, only their ability to move on with their lives will free both their son’s memory as well as allow them to continue living in the present.  Achim, their newly adopted son is the key, as he battles his own insecurities and rises to be the hero who saves all, including himself.

I received this book to review from the publisher, and it sat on a pile for over a month.  The book jacket summary did not incline me to rush to read it, but perhaps the timing was fortuitous.  As parents and older siblings are now struggling to cope with the aftermath of the horrific murders of first graders in Connecticut, the message of this book seems timely.  Although Achim defeats the Nameless One in the end, he notes:

“…he would always exist. People would keep dying and other people wouldn’t be able to let them go.”

The book ends happily with Achim finding a new family, new friends, and himself – finally free of the worry that he will be sent back to the orphanage.  The touching moments when Achim’s parents appear as birds to help him will have adults tearing up, and the excitement of defeating the villain will appeal to the middle grade audience.

As a coping vehicle for parents helping children and themselves recover from the death of someone young, this book could also become a valuable resource.