Although seeing the resplendent majesty of the Canadian Rockies in person has no substitute, the Sierra Club’s “Ansel Adams in the Canadian Rockies” captures the beauty in a book. I downloaded this visual documentary of Adams’ 1928 expedition for the Sierra Club when I returned from my tour, realizing Adams had trekked high into the mountains and over glaciers I only saw from afar. If I was cold, I could not imagine how he must have felt carrying his tripod and cameras.

The black and white photographs reminded me of my own adventures: Mount Edith Cavell, named after the World War II Canadian nurse/spy captured by the Germans; Mount Robson, the highest and most photographed peak (I have my own collection of shots); and the glaciers, most of which have steadily receded since Ansel photographed them. The Robson Glacier is now more than a mile from where Ansel found it in 1928.

Better than my postcards, better than all my own attempts at documenting my trip, “Ansel Adams in the Canadian Rockies” is my reminder of a wild adventure. If you have never been there, it’s worth a look at the book for a vicarious visit. 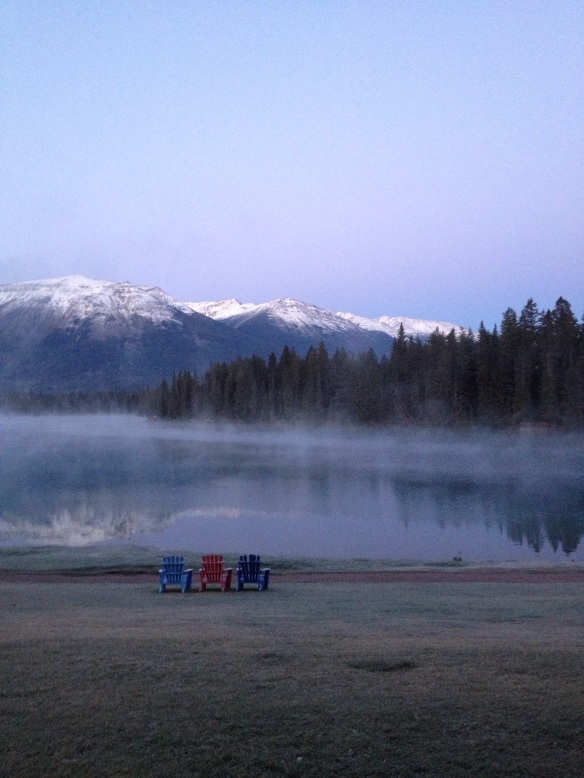 6 thoughts on “Ansel Adams in the Canadian Rockies”