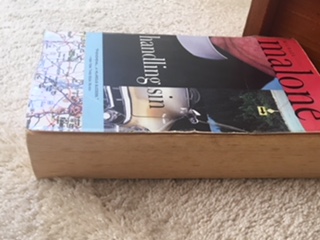 Having just finished Michael Malone’s thick door stopper book, Handling Sin, with its thousands of subplots supporting the circus of fools on a quest with a family full of crazies (redeemed by their unending kernels of humorous wisdom), I want to read another book – shorter and without as many tangents.  January 9th seems to be the publisher’s choice for releasing a few prospects; I found at least a dozen and a few looking promising.  Where should I start?

And timing is everything.  Daniel H. Pink’s  When: The Scientific Secrets of Perfect Timing is published today.  This nonfiction book discusses the science of time in making the best schedules,  why you shouldn’t go to the hospital in the afternoon, and ideal times to make life decisions. 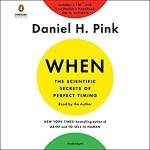 January has more to come with stories from JoJo Moyes (Still Me), Denis Johnson (Largesse of the Sea Maiden), and Dave Eggers (The Monk of Mokha).