Want to read the book before the movie comes out?  Three books are soon to be in the movies: 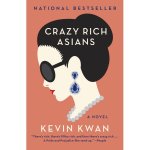 The first in the three book series is the story of an Asian-American girl, Rachel, accompanying her boyfriend, Nick, to Singapore for a wedding, only to learn about Nick’s family wealth and power. The book uses the opulent lives of Asia’s ultra-rich as its focus, with an all-Asian cast scheduled for release in August.

The novel is built on shopping expeditions and gossipy lunches hosted by scheming ladies with boundless amounts of time and money – a combination of the Shopoholic with The Mean Girls. Kwan poses his novel as a satire, using the the naive Rachel as the foil for glamorous and wealthy Asians.  Tash Aw, the author of “The Harmony Silk Factory” (2005), and winner of the Whitbread Book Award, reviewed the book for NPR, and recommends having a good time with the story.  I did, and went on to read all three books in the series.

:All that you need to know is that Charlie Wu, of the tech billionaire fortune, is in love with Astrid, the granddaughter of the Shang Su Yi, who is unhappy that her grandson Nicholas is not dating the Rachel Chu of the Taipei Plastics Chus, but they are all going to the wedding of Araminta Lee, of the luxury hotel Lees, and Colin Khoo, of the Khoo Teck Fong fortune and — alamak! — some big secrets might be revealed.” Tash Aw for NPR 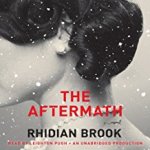 2.  The Aftermath by Rhidian Brook

Set in ravaged Germany after World War II, the story revolves around two families – one British and the other German – thrown into one house.  Brook’s 2013 book is set in Hamburg, Germany where Colonel Lewis Morgan has been charged with the rebuilding of the devastated city in the wake of World War II.  Morgan and his family have been offered a palace belonging to Stefan Lubert as their home. Instead of turning Lubert out as Morgan is expected to do, the officer suggests he, his wife, Rachael and their son, Edmund, share the house with Lubert, his daughter, Freda, and their servants.  Keira Knightly stars in the film,

I have not read the book, and the Washington Post gave it a lukewarm review in 2013 but the Boston Globe predicts the movie will be better than the book.

3. On Chesil Beach by Ian McEwan

This Man Booker Prize finalist tells the story of newlyweds Edward and Florence, both in their early 20s and also both virgins.  The novel focuses on the wedding night and their terrified preoccupation of the upcoming consummation of their marriage.  In reviewing the 2007 book for the New York Times, Jonathan Lethem succinctly summarizes the plot:

“Edward and Florence have retreated, on their wedding night, to a hotel suite overlooking Chesil Beach. Edward wants sex, Florence is sure she doesn’t. The situation is miniature and enormous, dire and pathetic, tender and irrevocable. “

When the book was published, I had forsworn reading any more of McEwan’s sad, depressing dramas, no matter how iconic or soul-searching, so I have not read this book.  McEwan adapted his novel for the screen, due to be released in May, and for lovers of Atonement (and I was one of both the book and the movie), the movie adaptation of On Chessil Beach might be worth seeing.