Summer is officially over, but the summer heat lingers.  Have you read anything steamy lately?

Here is my hot pick for historical romance: 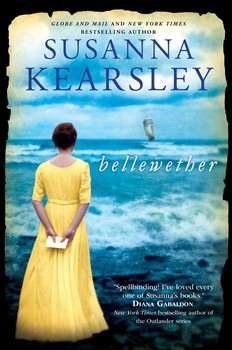 As Charley, the new curator of the Wilde House museum on Long Island, explores the history of the old house, her search parallels the world of the original 1750s family.  Kearsely alternates chapters in the voices of the men and women of the past with Charley and their modern day contemporaries.  The developing romance between Charley and Sam, the handsome contractor who is helping repair and restore the old house, mirrors the eighteenth century relationship of Lydia, twenty year old daughter of the house and Jean-Philippe, the French Canadian lieutenant staying in their house.

The story is slow-moving, bur offers glimpses into the lives of men and women living through one of the most comprehensive wars of the century.  Known as the French and Indian War in the American colonies, the Seven Years War ended with The Treaty of Paris transferring Canada from France to England, switching loyalties forever.  Kearsley also chronicle’s The Acadian Expulsion and its effect on families.

Prisoners during the French and Indian War were sometimes left in the homes of area farmers loyal to the British king under a gentleman’s agreement to do no harm and not try to escape.  Although he speaks no English, Jean Philippe volunteers to help Lydia’s father around the farm.  In the museum house’s legend, Lydia’s brother, Joseph, killed Jean Philippe to stop him from marrying Lydia.  In modern times, Charley is being helped by a mysterious ghost, possibly one of the colonial lovers, as she uncovers clues to the past.  In the end, the true history is revealed, conveniently creating a happily ever after ending for all.

Reading now on my iPhone: The Lost Vintage by Anne Mah

“A woman who returns to her family’s ancestral vineyard in Burgundy to study for her Master of Wine test, uncovers a lost diary, a forgotten relative, and a secret her family has been keeping since World War II.

Listening to: The Subway Girls by Susie Orman Schnall

“A dual-timeline narrative featuring a 1949 Miss Subways contestant and a modern-day advertising executive whose careers and lives intersect.”

On the Wait List at the library: The Masterpiece by Fiona Davis

“The glamorous lost art school within Grand Central Terminal, where two very different women, fifty years apart, strive to make their mark on a world set against them.”