With the world gone mad, reading can be a relief from the news.  Last night I turned to an old favorite by Lois Lowry, The Giver, with its ambiguous ending of hope for a dystopian world.  Then, I read Michael Faber’s Under the Skin, a chilling tale yet curiously connected to civilization.  Published in 2000 and later made into a movie, the story is better if you have not heard of its premise, and I won’t spoil it here, but clearly not everyone is as they seem.

Reading books about how horrible the world has yet to become makes today seem not so bad – despite the dire ramblings of politicians and pundits.   Sometimes listening on Audible makes the misery more palatable and the hope for a changed future more possible.  Two I have on my iPhone to keep me properly alert  –

“…offers comfort and hope to those who believe, or want to believe, that doomsday can be survived, that in spite of everything people will remain good at heart, and that when they start building a new world they will want what was best about the old.” from the Sigrid Nunez review for the New York Times

“…Perhaps the world as we know it will indeed end this way for many Americans: terrified of porcupines, longing for the sound of S.U.V.s, unable to ­distinguish between an artifact and a keepsake, helped to find temporary sanctuary by the last black man on earth. If it does, we won’t be able to say that “California” didn’t warn us.”  from Jeff Vandermeer’s review for the New York Times.

If the apocalypse is upon us, books have already outlined what we can expect.

Although Pulitzer prize-winning journalist Hector Tobar wrote The Barbarian Nurseries almost five years ago, the theme of racial conflict is just as relevant today.  As he explores boundaries, Tobar combines drama with comedy, and introduces characters with more depth than the stereotype so often assigned to them.

The story has more to offer than the bones of the plot.  Araceli is the live-in Mexican maid for pale-skinned, half-Mexican Scott Torres; his wife, Maureen; and their three children, Brandon, Keenan and Samantha –  a family in a gated community in Orange County, California, living beyond their means.  After a quarrel over money, Scott and Maureen each leave to lick their wounds – not realizing the other has gone.  Days go by and Araceli finds herself alone with the two young boys.  With an old photograph in hand, she decides to find their grandfather as a possible caregiver for the abandoned boys.  The parents return to find the boys and the maid missing, and fear the worst.  The wild ride that ensues is based on a misunderstanding.

In her review for the New York Times, Rebecca Donner notes:

“Much of the potency of “The Barbarian Nurseries” comes from our knowledge, as privileged readers, of Araceli’s thoughts and feelings, disclosures that bring forth some of its freshest imagery. We learn of her girlhood home in Mexico City, where she awoke to the sound of her mother sweeping the patio…that she attended art school at the Instituto Nacional de Bellas Artes, but economic hardship prevented her from continuing her studies…

Social and racial conflict assume a larger dimension when Araceli is accused of a crime, setting into motion a plot that brings about the collision of people from radically different worlds. The charge is child endangerment, child abuse or kidnapping, depending on whose opinion is solicited in Child Protective Services, law enforcement or the network news, and media frenzy feeds an institutional over­reaction that culminates in an Amber Alert.”

The book is the monthly pick for a local book club, and certainly offers a wealth of issues for discussion, but I hope someone in the group speaks Spanish and can translate the many asides Tobar includes.  Their context reveals the meaning, but somehow I think I may have missed a few of the juicier innuendos.

What if the world stopped turning one day – would you notice? Karen Thompson Walker’s apocalyptic story presents a unique dilemma for Californians already prepared to fall off the edge of the continent into the ocean.  As the rotation of the earth slows, the young heroine, Julia, observes the reactions of her parents and friends, and reveals her own initial exhilaration at the prospect of a change in the usual order of everything.  Night and day no longer have meaning, but horrors are in the making – failing crops, radiation seeping into the atmosphere.  Through Julia’s observations, the characters reveal their fears and anxieties; the tale forces an examination of routine and expectations, as everyone is forced to adapt – and not easily survive.

I found myself despairing, and I confess I peeked at the last few pages to find that the world really was hopelessly coming to an end. I just couldn’t bear the angst, and did not finish reading the book.  But the New York Times has high praise for this debut novel – Normalcy Grinds to a Halt.

Maybe I’ll try again later – during the rainy season.  Have you read the book?  Is it worth trying again?

This week I am back in Steinbeck country – Monterey, California.  Steinbeck wrote The Pastures of Heaven in Pacific Grove – not far from the Asilomar Conference Grounds, where I am enjoying the company of friends, the beautiful ocean vista, and trying to learn how to liberate some fabric.  Two years ago, on my last visit, I reminisced about Steinbeck and wrote about the paperback I bought in the Asilomar country store – Steinbeck’s Sweet Thursday.  Now I have a Kindle – so many more possibilities…

Steinbeck won the Nobel Prize for Literature in 1962, but most of his early success was in the 1930s and 1940s. One of his later books, Sweet Thursday, published in 1954, is  targeted for one of my book club reads later this summer – a good reason to revisit the story.

Not a big fan of Steinbeck – I only read Grapes of Wrath because it was required for English 101 – I was pleasantly surprised by the funny sarcasm woven into the philosophy of Sweet Thursday. Sweet Thursday is the day that follows lousy Wednesday – haven’t you had a lousy Wednesday like this…

“Some days are born ugly. From the very first light they are no damn good whatever the weather, and everybody knows it. No one knows what causes this, but on such a day people resist getting out of bed and set their heels against the day. When they are finally forced out by hunger or a job, they find that the day is just as lousy as they knew it would be.

On such a day, it is impossible to make a good cup of coffee, shoestrings break, cups leap from the shelf by themselves and shatter on the floor….This is the day the cat chooses to have kittens and the housebroken dogs wet on the floor.

Oh! It’s awful, such a day! The postman brings overdue bills. If it’s a sunny day it is too damn sunny, and if it is dark who can stand it?”

Steinbeck’s characters are feisty and live the hard life in the real world – as in most of his writing – but in Sweet Thursday, life gets better. Steinbeck reintroduces Doc from Cannery Row; he’s returned from the war, and cannot get back to the way things were – mostly, because nothing will ever again be as it was. The story revolves around his discontent, his attempt to write a scholarly paper about octopus emotions, and finally finding an unlikely soul mate in Suzy, the hooker.

Others conspire to help Doc become fulfilled and happy – each having a different, sometimes hilarious, plan that will keep you smiling and nodding knowingly: Flora, renamed Fauna, the madam of the local brothel; Hazel (male), whose fortune reading by the Seer predicts Hazel will be president; Joe Elegant; Wide Ida; Mack, Joseph and Mary, and on it goes.

Luckily, lousy Wednesday is followed by sweet Thursday – a day when Doc cooks sausages with chocolate and everything seems to go as planned – or better. Then, the aftermath on “waiting Friday,” wondering what Saturday will bring. Each chapter is titled with foreshadowing of the event to be described, and Steinbeck seems to be channeling Mark Twain at times, but the delivery is much more irreverent.

For Pacific Grove fans, Steinbeck includes a chapter on the famous butterflies in one of his two “hooptedoodle” chapters – interesting to read but nothing to do with the plot.  In the end, Doc gets the girl and his research, and drives off into the California sunset – funny and satisfying.

If you have a hankerin’ to revisit a classic writer, Steinbeck’s Sweet Thursday is a sweet read. 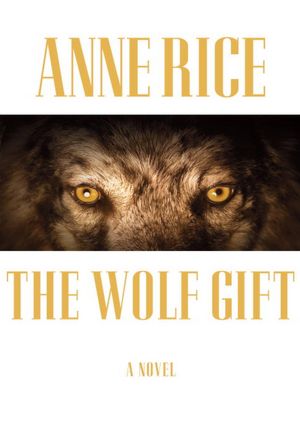 Anne Rice’s vampire stories never held an interest for me, but a story about a wolf was another matter; I’ve always had an affinity for the wolf.  I started Wolf Gift late at night, thinking a few chapters would displace thoughts of Mallon’s Watergate, my latest read,  and all the “what if’s” going around in my head.  I did not expect to read through the night, hypnotized with Rice’s language and story-telling.

Rice immediately fulfills the expectation of a “man wolf” in the first pages, and adds a Gothic mansion and a forest of preserved California redwoods to the set where Reuben, a twenty-three year old newspaper reporter on assignment, meets his fate.  The transformation is gradual as Reuben’s hearing and vision become acute, and his family notices a healthier glow about him as he recovers from a near fatal attack – until one night, a distress call triggers his final change to superhuman wolf savior.

Mixing in ancient cuneiform tablets and a kidnapping of a bus full of children, Rice elevates the suspense.  Reuben reverts back to human form at dawn, but his vigilante night disguise seems to be taking over earlier and earlier, until he discovers how to control his morphisms.  Rice cannot resist imbuing the man wolf with vacillating emotions as he struggles with good and evil.  She even has Reuben going to confession to his brother, a priest.

The story yields to the fantastic science fiction of werewolves, but this time with no full moons or silver bullets and no memory loss the day after.  Lots of blood, gore and horror, and some steamy sex add to the mix as the story hits its stride – not a tale for the queasy or weak-hearted.  After an exciting climax with the good guys winning,  Rice falls into a long uninspiring monologue on abstract theology, philosophy, and ethics – her justification for the story, and the quiet balm that finally put me to sleep.

The Wolf Gift is a mix of suspenseful adventure and grueling horror, and for me, a good primer to the world of Anne Rice.  She’s promising zombies for her next book.