After watching the old movie – “The Barretts of Wimpole Street” – I wanted more of Robert Browning, the exuberant Victorian who loved and saved Elizabeth from a dreary spinsterly life with her overbearing father.  Famous for writing The Pied Piper of Hamlin, Browning celebrated his bicentenary in May – although few noticed. His birthday falls on May 7th, but the celebration at Westminster Abbey’s Poet’s Corner is scheduled for December – but then so many other important events have overtaken Britain this year (including Charles Dickens).

His poetry could be obscure; in the movie Browning cannot satisfy Elizabeth’s plea to explain his meaning in “Sordello.”  Only Browning and God knew his meaning when he wrote it and now only God knew.  His dramatic monologues  and long narratives (My Last Duchess) are credited as the precursors of Sylvia Plath and Robert Frost – and possibly Eminem in music.

Yet, he may be best remembered for his love for Elizabeth, their years together in Italy, and the poetry they inspired in each other.

How do I love thee, let me count the ways…Elizabeth Barrett Browning  – from “Sonnets from the Portuguese”

Grow old along with me! the best is yet to be…Robert Browning – from “Rabbi Ben Ezra” 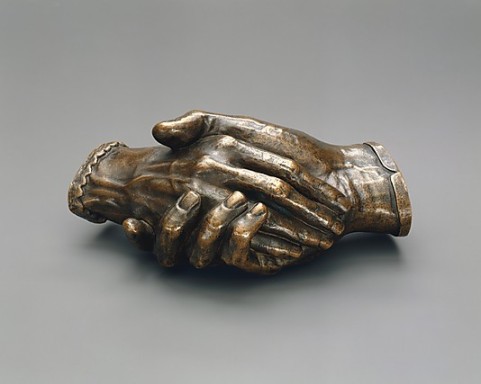 Four lives intersect with secrets and betrayals in Margot Livesey’s The House on Fortune Street.  Each character has an affinity to a literary master – Keats, Dickens, Lewis Carroll, and Charlotte Bronte.   Their modern lives from London to Brooklyn, carry the weight of these authors’  flaws and the influence of their lives and work.

Livesey divides the book into four parts, with each character taking turns as the narrator: Abigail, the owner of the house and a young amoral actress and playwright whose childhood as a virtual orphan has trained her to fend for herself; Dara, Abigail’s friend from college days at St. Andrews, who taught her civility and loyalty; Cameron, Dara’s father who left when Dara was ten years old to protect her from his horrible secret; and Sean, the all-but-dissertation candidate at Oxford, who abandons his wife and his research on Keats to write a book on euthanasia when Abigail decides to charge him rent for living with her.

Sean quotes Keats and imagines parallels to his own life; Abigail’s early days mirror Dickens’s “boyslaughter” life – when part of his childhood was destroyed by the irresponsibility of his parents; Cameron, an avid photographer of young girls, sees himself in Lewis Carroll’s famous pictures of Alice; and Dara becomes a Jane Eyre, betrayed and vulnerable – but not as strong as Bronte’s literary heroine.

Each section ends with a cliffhanger, but the fortunes of all in the house come together in the end – tragically.  Not an uplifting tale, but Livesey’s language is witty and compelling and her literary allusions informative.  I found this author when I read her children’s book, The Flight of Gemma Harding, with lives similarly influenced by circumstances and just plain luck.

A good friend reminded me of Judy Blume’s birthday.  Since Judy Blume is still around and it’s not polite to tell a woman’s age, let’s just say she is a lot younger than Charles Dickens and older than Freddy, the fourth grader in her first book – The One in the Middle is the Green Kangaroo, published when she was 31.

Many stories followed – all with that Blume trademark of humor and honesty, and often specializing in pre-adolescent angst.  As many have been banned as have been loved.

What is Blume doing today? If you remember – Are You There God? It’s Me, Margaret – you will understand Blume’s Twitter tag – “Are you there, Twitter?  It’s me, Judy.”  Blume is a prolific tweeter, and has almost 50,000 followers.  And, to keep her classic stories relevant, Blume updates new editions of her old favorites; she changed the electronics in the Fudge books – from mimeograph machines to computers, and the belts and pins in Are You There, God?  It’s Me Margaret to modern adhesive.  Movie adaptations of her books are also being planned, and more writing.

I’ve laughed through Blume’s Otherwise Known as Sheila the Great and cried through Summer Sisters, but one Blume line that I’ll never forget is Margaret’s determined mantra…

Have you read any Judy Blume books?

Tomorrow is the 200th birthday of Charles Dickens!  In honor of the celebration, books about Dickens are everywhere.  The New York Times listed four in their Children’s Books section – “to introduce young readers to {the author} whose life was as fascinating as his  work.”

This illustrated story of 12-year-old Dickens making shoe polish to support his family hints that his observations will later bring characters to life in his stories; the story includes pictures of Victorian London.

Charles Dickens: Scenes from an Extraordinary Life by Mick Manning and Brita Granstrom (48 pages) includes the author’s entire life, including funny anecdotes to endear him to readers, e.g., “Dickens leaping up from his writing desk to check the expressions on his own face as he wrote…”

Charles Dickens and the Street Children of London by Andre Warren (156 pages).  This young adult study focuses on the sad state of the working child, supposing that Dickens’s perceptions brought the issues to public attention; however, the author concentrates more on the welfare of poor children today than the life of the author – too long and off topic.

Charles Dickens: England’s Most Captivating Storyteller by Catherine Wells-Cole (32 pages) sounds wonderful, and it is the one book I decided to buy, since my library has no copy.   Simon Callow describes this illustrated children’s book in his article Getting to Know Charles Dickens:

“…many of {the} features {are} in advent calendar form, with flaps to be opened.  Included is a letter Dickens wrote to his former girlfriend Maria Beadnell: you have to take it out of its envelope to read it…

The book repeatedly brought a smile to my lips, which, after all, is one of the things Dickens most liked to do.” 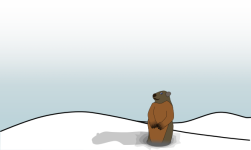 Among the important days of early February – Elmo’s birthday (Sesame Street and youtube star) on the 3rd, Charles Dickens and Laura Wilder Ingalls on the 7th – Groundhog Day stands out – Feburary 2nd.

“After months of profound hibernation, drugged by the body of fat of summer, a groundhog sometimes, on a mild winter day, pokes its head of of its burrow.  What it thinks, no one knows.  But it always makes the right decision. It goes back to bed.”

Maybe with a book to read while waiting for Spring?