In a chilling examination of family interactions, Bret Anthony Johnston’s Remember Me Like This reveals the dislocation and eventual reinvention of lives trying to cope with the return of a young boy, four years after he had been kidnapped.  Although the plot is similar to Jacquelin Mitchard’s The Deep End of the Ocean with the boy living within blocks of his family before he is discovered, Johnston’s victim, Justin Campbell, suffers abuse and terror as the prisoner of a man whose wealthy family lives nearby.  Justin’s grandfather discovers he knows the captor’s father.

Through the four years Justin Campbell has been missing, his family has fallen apart. The author alternates chapters with each family member’s inner thoughts. Justin’s father, Eric, struggles through his days teaching and starts an ongoing affair; his mother vascillates between despair and indifference; his younger brother, Griff, tentatively tries to navigate without his big brother.  After endless posters and years of searching, Justin is discovered at a nearby flea market and returned to his family.  Justin is older, taller, heavier, but being found is only the beginning of his ordeal and his family’s.

Johnston reveals Justin’s trauma but only subtly hints at the sordid details of his captivity.  More shocking are his seemingly normal experiences over those years, and his proximity to his family home.  When his captor is released on bail, the action escalates, as Eric and Justin’s grandfather plan to force the kidnapper to leave the country – or kill him.

Remember Me Like This examines the aftershock.  How does a family recover?  How does the victim heal? Is revenge an option?  Although the inner angst is sometimes overworked, the story has the pace of a thriller, and kept my attention. 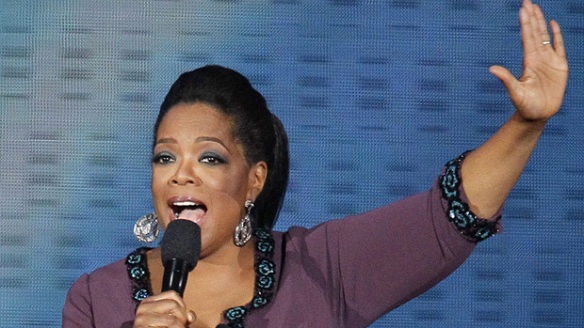 The end of the world didn’t come a few days ago, but to some it may be here today – what will the world be like without a daily dose of Oprah?  I admit to looking for Oprah’s favorite picks – knowing that a team of publicists and fashionistas were probably picking for her; some were useful (best running shoes, sheets, bras); other were probably hurt more by her endorsement (weight-loss programs), but I resisted watching her TV show.

As for her “book club,” after reading the first few in her series – The Deep End of the Ocean and She’s Come Undone – I noticed a pattern, and actually avoided books with the Oprah imprimatur.  When Jonathan Franzen refused her endorsement for Corrections, I cheered; when James Frey confessed over A Million Little Pieces, I laughed.
Nevertheless, when  I found a complete list of books on the Oprah Book List, I had read some, not knowing.

Regardless of anyone’s opinion, or maybe because of every woman’s opinion, Oprah became a successful franchise, and her influence was hard to avoid.

Ayelet Waldman’s Red Hook Road may seem to end before it begins, but the story is about what happens to the families after the wedding and a funeral.   Soon after Becca and John marry in a picturesque Maine country church full of lupines, the perfect young couple die in a fatal car accident on the way to the reception.

Waldman forces the two families to deal with each other and adjust to their differences in background and religion, without ever really finding common ground until the end.  As expected, most of them are forced to face their lives, the sacrifices made, the opportunities lost – the importance of what’s left.

The two mothers could not be more different: mother of the bride Iris, a New York Jewish college professor whose publications and research have brought wealth and recognition, wants to be a local – not “from away” when she spends her summers at her grandfather’s house in Maine.  Mother of the groom Jane is local and cleans houses for a living – one belongs to Iris.  Their class differences influence their reactions to each other and to the sudden deaths.  Daniel, father of the bride, unhappy with his journeyman career as a law professor at a third-rate school, returns to the boxing of his youth to find consolation.

Over four summers in Maine, the two families try to deal with their grief.  The two younger siblings of the dead couple start their own love story with each other, overshadowed by each trying to replicate the lives and compensate for the loss of an older sister or brother.  Matt gives up a scholarship to Amherst to finish building his dead brother’s boat, and Ruthie, Becca’s younger sister, trades her Fulbright scholarship to Oxford for a job as a library assistant and first mate to Matt.  They find solace  – and sex – with each other.

The only spark of hope seems to be with Samantha, an adopted Cambodian girl, the flower girl in the wedding and a music prodigy, who has found a mentor in Iris’s aging father, a celebrated virtuoso violinist now suffering from Parkinson’s.

This is a sad story of grief and bereavement, held together by the music weaving throughout and the resilience and tenacity of controlling mothers.  The story has a never ending soap opera quality – like those early Oprah recommended books, The Deep End of the Ocean, She’s Come Undone – compelling but not uplifting.  The last episode magically frees the two young lovers from the ghosts of the dead lovers and cures assorted family dysfunction – certainly not forever – but as close to a forced happy ending as you can get.