Anticipating the two hurricanes heading toward my island home in Hawaii has everyone anxious – some more frantic than others.  Tracking the swirling colors of both storms as Iselle and Julio head toward these isolated rocks in the middle of the ocean, the local weatherman is excited to broadcast more than the usual wave height and surf conditions.  Flights have been cancelled, city bus service stopped, shelters opened.  Most residents are hunkered down watching the news, wondering if they will still have electricity in a few hours.  Vacationers are oblivious – most still on the beach or in the ocean; later, a few will challenge the high waves, despite repeated warnings.

I have my candles, my flashlights, and bottled water.  I even have a hand crank radio from National Geographic.  More importantly, I have a

book –  Bret Anthony Johnson’s Remember Me Like This – only requires the power of my turning the pages.

The Philadelphia Flower Show was always the ultimate experience for gardeners on the East Coast, but I never went to the show until after I no longer lived in the city. This year, Philadelphia showcased Hawaii – Philadelphia Flower Show Offers Palm Trees and White Sand. Spring doesn’t really come to Hawaii, but a flower show appears in Hawaii every three years; this year it’s on Mother’s Day, and I decided to not miss it. 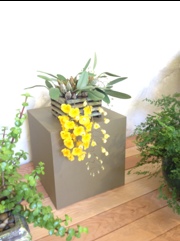 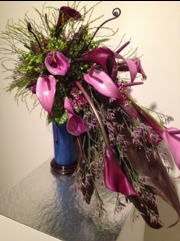 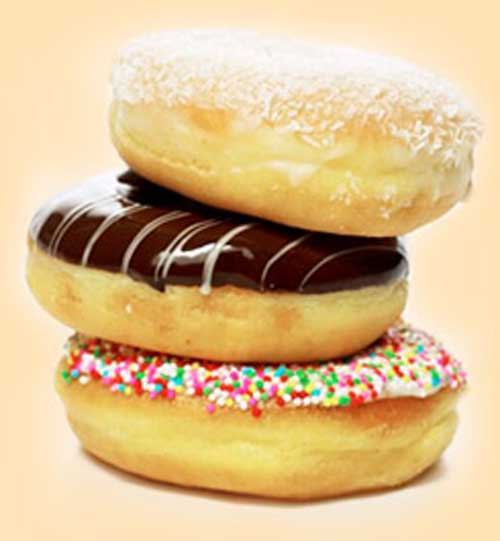 On the first Friday of June, donut lovers celebrate and sometimes get a freebie.   Started as a fundraiser in Chicago in 1938, the day honors Salvation Army women who served donuts to soldiers during the first World War.

Somehow, I’ve missed this holiday all these years, but an article in the Honolulu Star/Advertiser luckily gave me a heads up.  National “hot now” Krispy Kreme offers free donuts, and I plan to find the Regal Bakery near the Honolulu airport featured in the article.

I missed my free pancakes from IHOP on March 1, National Pancake Day; my free ice cream cone at Ben and Jerry’s on April 12th; and free coffee from Starbucks on Earth Day, April 21st.  Clearly, I need a new calendar – one that lists holidays for free treats. 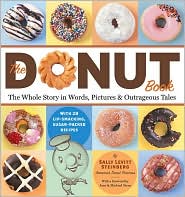 I found a cookbook on donuts, with history and recipes.  But frankly, I’d rather just eat them – especially when they are free.

Related Post:  Fried Dough – The Italian Version of the Donut

Earth Day falls on Good Friday this year – Mother Nature’s message to atone?  The first Earth Day was more spectacular and with more commitment over forty years ago

when the earth was actually in better shape.  But then it was a novelty; now it’s a necessity.

Bill Martin Jr. and Michael Sampson created a picture book in 2006 with photographs by Dan Lipow – I Love Our Earth – that celebrates nature and diversity.  Despite the poetic license of a picture of a young Hawaiian with a red hibiscus (which blooms year round) tucked behind her ear, and standing next to a spread of tulips, with the line…

I Love Our Earth connects children to the blue oceans, the gray mountains, warm sunsets, and more – with vivid pictures and smiling faces.

The Honolulu Star/Advertiser had another suggestion with an article on vintage clothing – Style Renewed   – be earth friendly and trendy – buy recycled clothes and jewelry – goes well with this year’s Earth Day logo.

No matter if you are from Asia or a citizen of mainland United States, coming to live in Hawaii makes you an outsider – even today.  In the early 1900s, before the islands became a state, Hawaii represented paradise and an opportunity to start over.

In Honolulu, Alan Brennert uses the life of a young Korean immigrant who sells herself as a mail-order bride to a Korean farm laborer working in Hawaii.  Known as a “picture-bride,”  she hoped to escape her unfulfilled life in Korea, find the promised land and a better life.  Instead, she finds a different kind of suppression with an alcoholic, abusive husband.

Eventually, Regret (named so because her parents wanted a boy) finds the American dream.  Throughout, she is cast as the girl with initiative – learning to read when it was forbidden, divorcing her husband, earning her own living by first working in the fields, later as a seamstress in the red light district and in the pineapple cannery. Eventually, she marries again, has three children, starts a credit cooperative, and invents the Aloha shirt.

Brennert weaves in historical details that cast a realistic pall on the tropical paradise – it’s not all coconut palms, sunsets, and blue ocean.

If you are familiar with local haunts, you

will relish references to Liliha (Bakery) Cafe, Duke Kahanamoku, houses on Wilhelmina Rise, and high rises on Ala Moana.  If you know Hawaii’s history, you will recognize references to Queen Liliuokalani and the plantations.  Brennert even manages to weave the infamous Massie trial into the story.

Told in the voice of Regret, the narrative can be difficult to follow and too long – might be easier to listen to it on audiotape.  The story follows a familiar and formulaic plot line with requisite sprinkles of  Hawaiian song and culture.  Brennert is not Michener (Hawaii)  or even Paul Theroux (Hotel Honolulu), but he tries his best to create a saga with tropical seasoning.