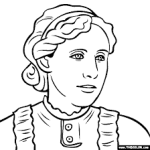 One of the three remaining sisters has a line in Greta Gerwig’s movie version of Little Women, saying Aunt March would probably roll over in her grave if she knew Jo had turned the old woman’s fine mansion into a school.  Another sister comments Aunt March would maybe only turn slightly, not completely roll over.  Maybe Louisa May Alcott’s dead body would also only make a slight turn at the changes made to her classic tale.

If you haven’t read the book or seen the many movie versions of Little Women, from Katherine Hepburn to June Allyson to Winona Ryder, the nonlinear story line and Saoirse Ronan as Jo in the 2019 film will not bother you with comparisons.  If you are a purist and don’t like modern versions of old stories (I always have trouble with the Hawaiian versions of Shakespeare and the Nutcracker), you can draw from your memory to connect the plot lines, as you wait breathlessly hoping those key elements and famous lines made the movie cut.  They did, and when you hear Jo holding Professor Bhaer’s hands in the rain, saying “They are not empty now,”  you will be relieved.

Despite the changes, Gerwig steadfastly retains the most important pieces of the novel, and despite my trepidation, I liked the movie.  At times. I almost thought Gerwig’s version was an improvement on the book as she refreshingly drew out the adult lives of the sisters.

On my trip to Bath long ago, someone on my tour asked who was Jane Austen, so I wouldn’t be surprised if some had never heard of Louisa May Alcott or Little Women, but certainly none among you, dear readers.  If you were completely oblivious to the classic, Gerwig’s movie version would provide enough sound material to give you the flavor and theme of the story about four sisters in the nineteenth century but might be a problem if you were trying to see the movie instead of reading the book for a discussion or a book report.  Wouldn’t it be fun to include this classic in a book club, comparing notes from book to movie?   Marissa Martinelli gives a detailed comparison of book to movie, character by character, in Slate.

If you are fan of PBS’s Grantchester, you might recognize Mr. Brook (John Norton) as the minister detective from the first series.  Emma Watson of Harry Potter fame plays Meg, and other familiar faces will nudge you but you may not be able to quite place them – Chris Cooper as Mr. Lawrence and Tracy Letts as the publisher – and, of course, there is Meryl Streep as Aunt March.

The book recently celebrated its 150th anniversary and its characters still have a universal appeal.  Many readers identify with Jo, the feisty writer, tomboy, adventurer, or maybe many just wish to have her gumption.  As for me, I like Amy best.

“You are hosting a dinner party for three writers?  Who’s on the invite list?”

When Kristin Cashore, author of young adult novels, was asked this question in the New York Times book review interview By the Book,  she answered:

“Louisa May Alcott, Madeleine L’Engle, and Hildegard von Bingen…hopefully one of them can cook and wouldn’t mind coming early to take care of that.”

When reluctantly participating in a get-to-know-you exercise and asked for one author, my response – Steve Martin – was met with disdain (they were all academics.)  Having dinner with the prolific wild and crazy guy who’s written novels (Shop Girl), plays (Picasso at the Lapin Agile), can talk about art (has a private collection), and can play a mean banjo – not to mention his sense of humor – has the potential for good dinner conversation.  Calvin Trillin could add a little spice, and if I were to add one more, of course, Julia Child (to cook).

Tours that follow an author can be inviting. Literature tours in England follow Austen and Bronte;  New England in the United States attracts followers of Emily Dickinson, 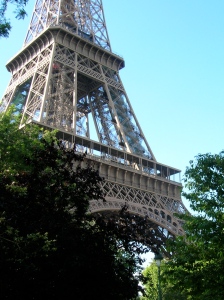 Louisa May Alcott, Henry David Thoreau, and Ralph Waldo Emerson.  A friend gave me an article from the Wall Street Journal – Going By the Children’s Book – with Liam Callahan’s suggestions for touring Paris through children’s book authors.   Although I have often dreamed of following Julia Child through France, his itinerary also has appeal:

Callahan provides a map with tangential adventures, the possibility of buying a book store, and additional books to inspire your literary trip: 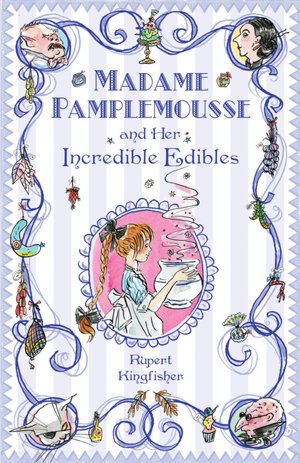 My favorite is Rupert Kingfisher’s  Madame Pamplemousse and Her Incredible Edibles – “selling all kinds of rare and exotic delicacies” – a culinary adventure – but Julia Child would wonder over the cobra brains in black butter.

Thanksgiving has been fictionalized as fulfilling and filling family fun.  Sustaining the fiction in reality doesn’t always work, but Louisa  May Alcott does just that in her short story, An Old Fashioned  Thanksgiving. Read it online…

Kelly O’Connor McNees imagines an alternative life for Louisa May Alcott in her historical novel – The Lost Summer of Louisa May Alcott.      Imitating recent speculation about other famous women writers – Jane Austen, Charlotte Bronte – that they wrote convincingly about love because of some secret episode in their lives, McNees creates one for LMA.

Just as Alcott used her own family for the inspiration of Little Women and mirrored herself in her feisty character Jo, McNees follows the same storyline in recreating the four Alcott sisters’ lives – with Louisa May reliving many of the familiar adventures of Josephine March.    In McNees’s version, however, the  brilliant yet misunderstood “philosopher” father, Bronson Alcott, whose high-minded ideals often failed to provide for his own family, is closer to the real person than Father March.

Walt Whitman, Ralph Waldo Emerson, and Thoreau all make cameo appearances in the book, reflecting their real influence on Alcott’s thinking and writing. And McNees neatly ties in hints of Alcott’s future involvement in reform movements as well as her determination to make her own way – what could be classified as feminist in those days.

Most readers will know that Louisa May Alcott never married, but she comes close in this version, and the summer romance makes for good reading, especially for fans of Little Women.  You’ll be cheering for Joseph Singer to convince Louisa May to run away with him and test the possibility of being married, but still free and independent.   No wonder this book became an Oprah pick.

The ending is a little stale in McNees’ attempt to add credibility to the fiction, but her imagination leads you into the consequences of choice, and a good summer read.