Off the tourist driven Royal Mile, down a secluded alley – called a Close – the Writers’ Museum in Edinburgh welcomes readers with quiet homage to a few of Scotland’s greatest writers – Robert Burns, Robert Louis Stevenson, and Sir Walter Scott. Steep winding staircases lead to rooms in a restored 17th century house, displaying first editions, writing instruments, even desks used by the authors. Of course, their portraits are everywhere.

A poster in the gift shop advertised the Edinburgh International Book Festival nearby, with some of my favorite authors speaking – Maggie O’Farrell, Sophie Hannah, Haruki Murakami, Martin Amis. Too late to get a ticket to hear even one, but I wandered the grounds, browsed through the books in tents, and, of course, bought some books. 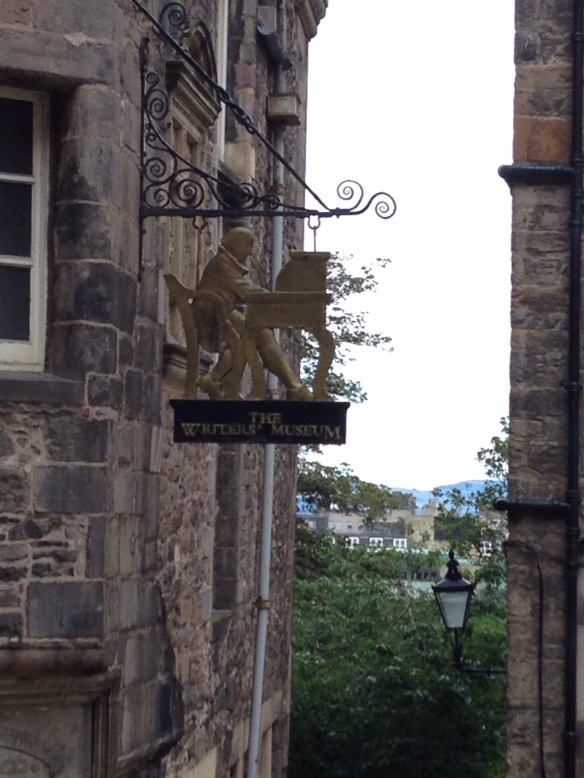 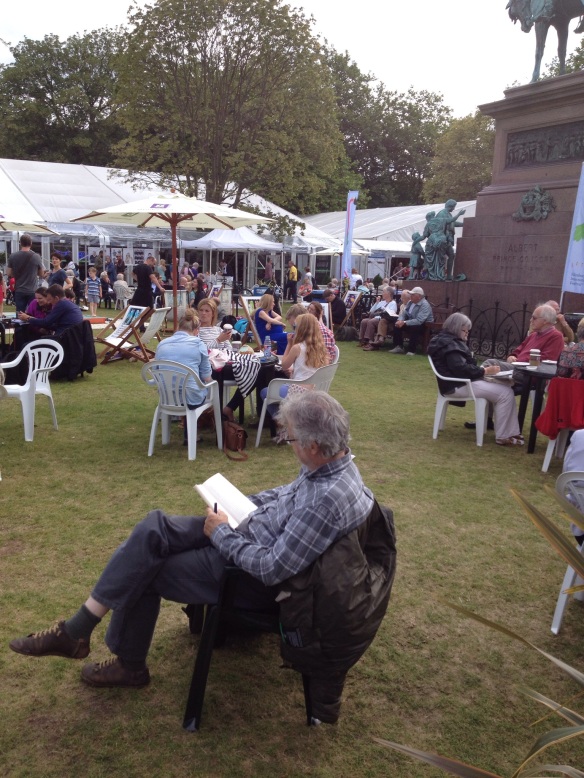