Anna Solomon’s sad tale of a baby left in an orchard in Leaving Lucy Pear has a cast of characters whose lives relate to her desertion in a little village in Cape Ann, Massachusetts in 1917.  I had expected only a version of the same theme I had read in other books – The Forgotten Garden, Light on Snow, The Storied Life of A.J. Fikry, and many more, but Solomon’s book holds its own with an underlying struggle of classes driving the classic redemption of the lost child.

Lucy is a minor character as the story begins with her under a pear tree, left by her wealthy teenage mother unwilling to give her up to a strict Jewish orphanage,  and found by a poor Irish family stealing the pears. Solomon evokes admiration for the tough Irish Emma, whose drunk fisherman husband is only home long enough to make her pregnant every year and pity for Bea, the lonely teenager who became pregnant after one assignation with a handsome naval officer.  Solomon does not alternate chapters on the mothers, as expected, but slowly reveals each of the mother’s lives through a series of related characters as well as their past and present, as she skips though the years.

Ten years after leaving her baby in a pear orchard, Bea, has grown into a women’s rights and Prohibition advocate, married to a handsome Boston banker.  She lives in Cape Ann with her aging Uncle Ira in an imposing house near the pear orchard.  Josiah, married into wealth on the island and hoping to gain Bea’s endorsement for mayor, arranges to have Emma, now a mother of nine children with her husband at sea, to care for Ira.  Emma recognizes Bea as the mother of Lucy but Bea does not learn of Lucy’s new home until much later in the story.

Solomon adds political and class story lines as she addresses the parallel lives of the mothers.  The famous trial of Sacco and Vanzetti punctuates the plot in an underlying voice accusing both the wealthy land owners – the outsiders on the Cape – and the poor working class locals. Ira’s brother, who is a successful shoe manufacturer changed his Jewish name to one better suited to the Protestant New England upper class, while his wife,  Bea’s mother, is a pitiful pretender at the country club, overdressing and fracturing her vocabulary as she tries to fit in.   She later becomes the catalyst for a strange twist of fate I did not see coming.

As the characters grow into their lives, Soloman slyly dismisses the reader’s assumptions about their motivations, revealing surprising yet reasonable secrets protecting their characters’ flaws.  Emma’s risks in having an affair with Josiah, Bea’s selfless crusades to protect her fragile ego, Albert’s steadfastness despite his yearning, Lucy’s disguising herself in a boy’s clothing – all eventually merge into revelations.

As I read, I found myself googling Sacco and Vanzetti, their trial, its effects, their execution, and much later vindication by Gov. Michael Dukakis.  I looked for Cape Ann, not as popular as Cape Cod, at the other end of the half moon of land off the coast of Massachusetts.  I wondered about the pears and found orchards still producing, with aged cinnamon pear vinegar and Stone Ruination Ale.

Lucy is almost a minor character in the plot, but has grown into a feisty and capable girl.  The ending brings her full circle to face both mothers.  Hints of her final decision, as she tries to manage the pull of both mothers, may be predictable and hopeful, but no less sad for an independent ten year old.  I’m hoping for a sequel to follow Lucy as she grows into womanhood.

Using a phrase from a macabre mystery movie, Ann Leary lulls the reader into a suspenseful family drama in The Children.  The tale of the blended Whitman family follows a seemingly routine path, as Leary introduces the quirks of each character, but like all her stories, Leary always has hidden and surprising twists.

Charlotte Maynard, the reclusive narrator, writes a blog about life as a harried housewife with problem children; she does so well she has acquired sponsors who pay her to post everyday.  Charlotte is a fraud.  She is not married, has no children, and successfully  plays on the anonymity and possibilities of the internet and vulnerable users.

Although Charlotte’s mendaciousness sets the tone for all the other characters, Leary carefully keeps their facades in tact until almost the end of the book. All have secrets: Laurel, the too perfect girlfriend; Sally, the talented but disturbed sister; Spin, the likable step-brother and heir to the estate; Everett, boyfriend and dog whisperer.

The story revolves around familiar themes – old money, New England family, and greed.  After Whit Whitman dies, his second wife and her daughters live on in the lakefront estate; however, his sons own the estate, with a provision in the family trust that allows their step-mother to stay. When Spin, the youngest brings his fiancé home, cracks start to appear in the family relationships, with resentments and old wounds threatening to bring down the house with humor and intrigue.

If you enjoyed Leary’s The Good House (soon to be a film with Meryl Streep), you will like The Children – an easy and enjoyable read with some well-appreciated subliminal thoughts on real estate lust and computer hacking. 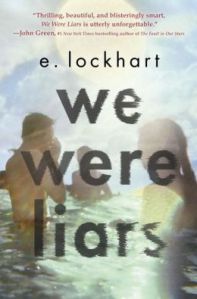 From its title, Susan Rieger’s The Divorce Papers sounded like a quirky Sophie Kinsella-type novel, light and funny.  It is not.  Neither is it a dry angst-ridden melodrama.  So what is it? An epistolary – a story set in letters revealing a progression of developments through its characters.  I started the book late at night, expecting to preview whether or not I wanted to actually read it – two hours later, I was half way through.

Rieger’s, a graduate of Mount Holyoke and a former law professor at Columbia and Yale, uses her background to offer a lively explanation of how lawyers interact with their clients and with each other, while inserting personal details rounding out the characters background.  Not limited to letters, the story included emails, court documents, and legalese.  If you are a fan of the popular television series, “The Good Wife,” you will appreciate the story behind the story that affects the case.

Sophie Diehl, a young attorney specializing in defending criminal cases at a prestigious New England law firm, reluctantly agrees to conduct the initial interview for a divorce case, since the firm’s lead attorney is on vacation.  The client is the daughter of one of the firm’s most profitable clients, and he cannot and should not be kept waiting.  Sophie immediately establishes a rapport with forty-two year old Mia Meikeljohn Durkeim, the wife of a prominent medical doctor who is having an affair, and remains the lead attorney – despite all her efforts to transfer the case to Fiona, the firm’s experienced divorce lawyer.

As the case progresses through shock, acrimony, greed, and a number of other horrors in the settlement of dissolution, the information load can get overwhelming.  At one point, although it has been a few years, I felt the anguish of office politics and the discomfort of emails flying back and forth to resolve issues.  When Rieger included the simulated versions of client billing, references to case law, and protracted details on relevant deliberations that provided precedence, I admit I skipped through to get back to the story.   Sophie’s personal life – unsuitable boyfriends, a French mother who writes mystery books, an English father who holds a prestigious chair at a university, a friend who acts in the Williamstown theater – counter her daily business interactions with colleagues and clients.   Happily, all ends well – both the divorce case in its resolution and Sophie’s life and career.

Alan Cheuse’s review for NPR influenced my reading of this book, and his review  – All Sides of a Divorce, Told in Fresh Lively ‘Papers’ – has more details, if you need them before you decide to read this entertaining book that will convince you to avoid divorce at any cost – or maybe never go through it again.

Hildy Good, successful realtor and descendant of a famous colonial witch, knows everyone and everything in her small New England town on Boston’s North Shore – except herself – in Ann Leary’s The Good House. Although Hildy is an alcoholic in “recovery” after her daughters staged an intervention and sent her to rehab, she only drinks alone now and stashes her wine in the trunk of an old car for the summer, and in the basement for the colder winters. Leary effectively uses Hildy’s denial to reveal other secrets in the small town that involve betrayal, snobbery, confusion, and the ongoing rivalry between the local townies and the newly rich who have discovered the town’s charm.

A quick enjoyable and engaging read, with a little drama when a dead body is found in the ocean, and a love story that rekindles in middle age – The Good House manages to include a moral with its slow spin of a New England yarn.