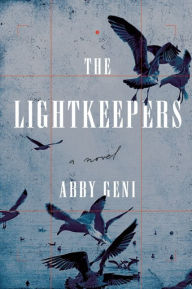 In Abby Geni’s mystery thriller, The Lightkeepers, creepy crawlies compete with head-bashing seagulls, whales, sharks, and a small group of research biologists in the isolated Farallon Islands off the coast of San Francisco.   Miranda, a nature photographer, tries to make peace with the death of her mother, but ghosts, mysterious accidents, and murder keep distracting her.  If you can survive the miserable descriptions of mice crawling everywhere, bats attacking,  and the image of bird poo (guano) covering every inch of ground, you will enjoy the extensive information about marine life that keeps intruding on the fast-paced mystery.  You’ll keep reading to be sure the murderer is who you think it is.

How could any reader resist this book title – the idea of a 24 hour bookstore is better than eating at an all-night diner.  With a mix of fantasy and today’s world of digital magic, Robin Sloan creates an adventure of rivals – electronic books vs bound pages –  in Mr. Penumbra’s 24-Hour Bookstore.

Out of work computer geek, Clay Jannon,  finds a new job on the night shift of a strange indie bookstore in San Francisco.  Few customers want the books on display by Haruki Murakami, Neal Stephenson, and Dashiell Hammet; the attraction for his night visitors is the collection high on the dusty shelves in the back.  Curious to understand the lure of these old books, Jannon digitally scans the log book and cracks a code that uncovers a secret society of readers.  With the help of a new girlfriend who works for Google,  Jannon follows the book store manager, Ajax Penumbra, to the headquarters of the Unbroken Spine group on Fifth Avenue in New York City – and starts the adventurous quest for a secret 15th century message that may be the key to immortality.

Although the ingredients of long black robes, secret staircases behind a bookcase, coded messages hidden in books,  have the flavor of a mysterious fantasy, Sloan cleverly inserts the modern adult world and ancient artefacts into the dilemma.  Google plays a key role, along with experts in simulation, video technology and professional hacking.  You will be googling “The Dragon-Song Chronicles” and  Gerritszoon font to see if they are real.  A suspenseful moment has all the modern technology available working together to crack the code.  Google does not yet have the answer to eternal life, but Jannon finds the solution reveals itself unexpectedly…

“There is no immortality that is not built on friendship and work done with care.”

Depends on how you define immortality…Sloan’s solution happily creates a balance of the new and the old that will please readers who like the smell of new book pages as well as the convenience of the Kindle.

Mr. Penumbra’s 24-Hour Bookstore is a fun light read – all those familiar landmarks in San Francisco and New York City could lead you to believe that the adventure is real (I plan to look for the building across from Central Park), and the search for the puzzle pieces will keep you reading.

If the cover has a handsome hero with a sweet-faced young beauty, will the story be more enticing to some readers?  In her article for the New York Times – To Lure Twilight Teenagers, Classic Books Get Bold Looks – Julie Bosman reports on the trend to change the covers of those classics in the public domain.   With updated outfits designed by a fashion illustrator, familiar characters from Jane Austen, Charlotte Bronte, and even Bram Stoker are modernized and sometimes lose a few years in their new cover portraits.

Some teens have rejected the marketing…

“A display of repackaged classics did not sell well (in San Francisco)…the store’s owner {said} ‘Kids don’t want to feel like they’re being manipulated.'” 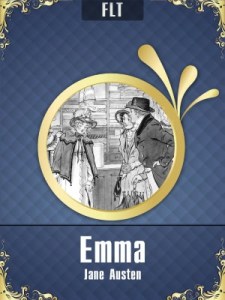 The books are doing well in the adult section with traditional covers.

When I was required to read Austen in high school, her books did not have the same appeal as when I read them as an adult.  How about you?

When Susan Russo, author of The Encyclopedia of Sandwiches shared her favorites with Larry  Bleiber of USA Today in 10 Great Place for a Surprising Sandwich in April, I tucked the article away, hoping I would get to one of the cities listed.  The American Grilled Cheese Kitchen in San Francisco near the baseball stadium topped the list, and I found myself queuing up with Giants baseball fans on a sunny, crisp Sunday afternoon recently.

Although the article touted the “piglet,” I opted for the classic “mousetrap” – a combination of sharp cheddar, creamy havarti, monterey jack, on sourdough” – with roasted tomato.  If macaroni and cheese defines your comfort food, this little eating place also offers a macaroni and cheese sandwich.  Although the outdoor seating provided a great view of the orange and black outfits on the way to the ballgame, the little park around the corner at South Park was quiet, with benches and picnic tables, and a little coffee shop on one of the side streets – perfect for having an espresso to clear the arteries.

I’m keeping the article handy; maybe I’ll get to some of the other sites listed:

A travel tour of sandwich shops sounds good to me.  Have you been to any of them?

After living in the suburbs for most of my life and parking in a driveway, the only parking problem I had was moving another one of the family cars, so I could make a fast getaway.  Parking on the street was free for anyone who stopped by to visit or to party to celebrate an auspicious occasion – graduation, birthday, winning the lottery.

When I moved to the city to a condo with more residents than parking spaces,  I became the moving nomad in my car, on the prowl for a space, and praying that one of the ninety year old residents who had seniority – and a space – would die soon to open up a place for the next on the list (I was not at the top).  The parking shuffle well-known to residents of most big cities usually precludes staying in one spot.  Street sweepers have priority on surprise days, meters expire in the middle of the night, and city ordinances limit unlimited luxury hours.

Michael Cooper and Jo Craven McGinty report on  – A Meter So Expensive, It Creates Parking Spots  – in their article for the New York Times.  San Francisco is experimenting with a new program

“which uses new technology and the law of supply and demand, raises the price of parking on the city’s most crowded blocks and lowers it on its emptiest blocks. While the new prices are still being phased in — the most expensive spots have risen to $4.50 an hour, but could reach $6.”

As expected, their effort is getting mixed reviews.  In my neighborhood, the city is considering changing the meters from fifty-cents an hour to a dollar an hour – seems cheap by comparison, but nobody wants to pay for what they could have had for free…

Cooper and McGinty note that Donald Shoup’s book – The High Cost of Free Parking – includes a quote from “Seinfeld’s” George Costanza character: “My father didn’t pay for parking, my mother, my brother, nobody. It’s like going to a prostitute. Why should I pay when, if I apply myself, maybe I can get it for free?”

Do you pay for parking?